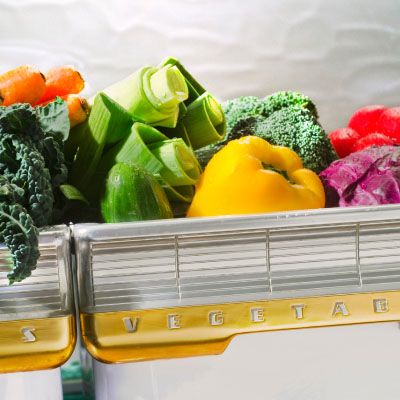 Tips For “Rescuing” Produce That’s Past Its Prime

Did you know about one-third of all wasted food in America is fresh produce? While you strive to minimize waste by purchasing only what’s needed, storing produce properly and including fruits and veggies in meals and snacks, sometimes they begin to go bad. Instead of throwing those nutritious fruits and veggies away, use these tips to transform them from wilted to wonderful.

“Lettuce” Save Our Greens
Lettuces and leafy greens don’t last long. If it’s too late to toss a salad but you don’t want to toss them out, add your greens to a pasta dish or soup, or if you have enough, sauté with some garlic and olive oil.

Berries Galore
Summer berries spoil fast. To extend their life, wash just before using to prevent mold. To preserve their deep color and flavor, cook them down with a pinch of sugar and a squeeze of lemon, strain out the seeds and freeze in an ice cube tray. Pop out the frozen cubes and store in baggies to use later in smoothies or to add a burst of flavor to a glass of lemonade or sparkling water.

Tasty Tomatoes
There are so many ways to save tomatoes on the brink of going bad. Slice and slow-roast tomatoes with a few cloves of garlic and some olive oil. Fill up a pot and cook them down all afternoon until you have a thick, glorious red sauce. Caramelize them into jam with sugar, onions, vinegar and butter. Or simmer them on the stovetop with some stock and vegetables for an easy, healthful soup.